Tummy Trouble Is On The Rise Among Americans, Gastrointestinal Experts Say 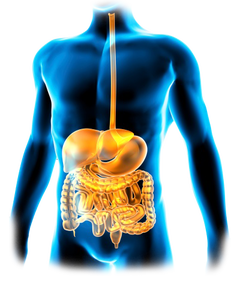 NEW YORK (CBSNewYork) — If you’ve got acid reflux, Celiac disease, or a gluten sensitivity you’re not alone.
It seems Americans have become a nation of people with all sorts of digestive problems.
As CBS2’s Dr. Max Gomez explained, the online doctor search and booking site Amino examined their database of nearly 6-million people to come up with what they called ‘America’s gut check.’
It seems we are a nation with tons of tummy troubles.
“Certainly more people are now going to the doctor for a variety of gastrointestinal ailments including reflux, heart burn, stomach pain, Celiac disease, and gluten related problems like chronic abdominal pain and indigestion,” Dr. Benjamin Lebwohl said.
Dr. Lebwohl, a Celiac disease expert not connected to Amino, said studies of blood stored for decades prove that there really is more Celiac disease – an auto-immune disorder that attacks the lining of the intestines.
The trigger is gluten, a protein found in wheat, but even people without Celiac can have trouble with gluten.
“After I was eating, I was experiencing bloating, indigestion, lethargy,” Molly Hess said.
Hess has a medically documented gluten sensitivity, which also seems to be on the rise. There are various theories about why that and Celiac are increasing.
“There is something in the environment that is triggering Celiac disease. Perhaps it is some dietary change in recent decades, perhaps it is something like increased antibiotic used in recent decades,” Dr. Lebwohl said.
Then there’s the acid reflux epidemic, evidenced by the huge numbers of people taking all sorts of acid blocking drugs.
“It appears that there is more reflux, more than there used to be. This could be due to our changing stomachs. This is a consequence of changes in diet, and it also could be due to the fact that our stomachs no longer harbor a certain common bacteria that used to live in most of our stomachs,” Dr. Lebwohl said.
That same bacterium can cause ulcers, so it’s a tough choice.
As for Celiac and gluten, avoiding gluten can ease symptoms.
Dr. Lebwohl warned that gluten free diets often have more calories and fat in them. They can also be deficient in B-vitamins, so they’re not necessarily healthier.
If you’re taking acid blockers for more than couple of weeks or have chronic bloating and stomach distress, go see an expert.