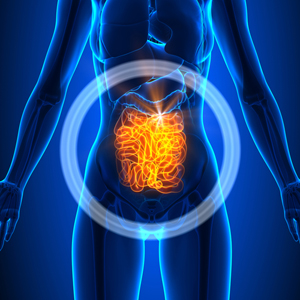 
Popular heartburn pills known as proton pump inhibitors (PPIs) may be making some people more prone to bacterial infections by altering the types of bugs that grow in the gut, a U.K. study of twins suggests.
These pills work by stopping cells in the stomach lining from producing too much acid, which can prevent ulcers from forming and reduce reflux symptoms such as heartburn. The trouble is the drugs are also linked to an increased risk of bacterial infections such as pneumonia, which damages the lungs, and Clostridium difficile, which causes severe diarrhea.

Looking for clues to how PPIs might lead to infections, researchers compared stool samples from more than 1,800 British twins. When only one twin used PPIs, their fecal analysis turned up much more Streptococcaceae, a family of bacteria that includes Streptococcus and Lactococcus strains, and that typically inhabits the mouth and skin. Their increased numbers potentially make certain infections more likely, the researchers conclude in the journal Gut.

“By reducing the natural barrier of stomach acid, PPIs appear to let more bacteria from the skin, nose and mouth into the gut – and this can be detected in the stool samples,” senior study author Dr. Claire Steves of Kings College London said by email.

Because millions of people worldwide take PPIs, which are available without a prescription in Europe and the U.S., it’s crucial to understand how infections might unfold in the gut and be cautious to avoid over-use of the medicines, Steves added.

The drugs are generally safe, and very effective for treating ulcers and inflammation caused by excessive stomach acid, and the benefit of PPIs for these patients would outweigh the risk of harms posed by infections, Steves said.

But many patients who take PPIs for minor, temporary digestive discomfort don’t need them, and many people also remain on the pills much longer than necessary, Steves said.

“This study may play a part in reducing this unnecessary use, by providing the mechanism of the slight increase in infections,” Steves said.

That’s because to confirm the shift in gut bacteria found in twins taking PPIs, Steves and colleagues also re-analyzed data from a previously published study examining what happens to the guts of healthy people who take the pills. In these individuals, the mix of bacteria changed to resemble that of the twins on PPIs.

The changes in the gut seen in these studies also mirror what has been observed in previous research on mice with high levels of streptococcus in their stomachs, which predisposed them to Clostridium difficile infections, the researchers note.

More human studies are still needed to investigate this possibility in people, even though the findings suggest a potential mechanism for PPIs to directly cause infections, the researchers conclude.

“Despite the correlations with certain disorders in individuals using PPIs found in epidemiological studies, the causative role of PPIs remains unclear,” said Dr. John DiBaise, a researcher at the Mayo Clinic in Scottsdale, Arizona who wasn’t involved in the study.

Still, the findings add to a growing body of evidence suggesting that patients should be cautious with PPIs, particularly when they get the drugs without a prescription, said Dr. Wojciech Marlicz, a researcher at Pomeranian Medical University in Poland who wasn’t involved in the study.

Patients who do use PPIs might also consider taking probiotics at the same time, which have the potential to counter changes in the gut triggered by the heartburn pills, Marlicz said by email.


An estimated 33,000 deaths a year from hospital-acquired pneumonia may result from the practice of routinely prescribing proton pump inhibitors and other acid-suppressing drugs during hospitalization to patients who don't need them.
Use of acid-reducing drugs was associated with a 30% increased risk for developing pneumonia in a newly reported study.
The drugs are typically given to reduce the risk of stress-related ulcers, which can be life threatening. But they are often prescribed to patients with a very low risk for developing the ulcers, says study researcher Shoshana J. Herzig, MD, of Beth Israel Deaconess Medical Center and Harvard School of Medicine.
Use of proton pump inhibitors (PPIs) has been associated with a slight increase in community-acquired pneumonia risk in several recent studies. But the new research is the first to explore a possible link in hospitalized patients who don't require a ventilator to breathe and are treated outside intensive care units (ICUs).
The study appears in the May 27 issue of TheJournal of the American Medical Association.
"In our study, the risk to the individual patient was small," Herzig tells WebMD. "But because so many people are hospitalized each year, the number of patients involved is not insignificant."
Hospital Patients and PPIs
Previous studies suggest that acid-suppressing medications are prescribed to between 40% and 70% of hospitalized patients in the U.S.
Herzig and colleagues reviewed the medical records of almost 64,000 non-ventilated, non-ICU adult patients hospitalized and treated at Beth Israel Deaconess between 2004 and 2007 and found that 52% were prescribed acid-reducing drugs.
Of these, 83% were prescribed proton pump inhibitors and 23% received another class of acid-suppressives known as H2 blockers. Examples of PPIs include Aciphex, Nexium, Prevacid, Prilosec, and Protonix. H2 blockers include Axid, Pepcid, Tagamet, and Zantac.
In nine out of 10 cases the drugs were prescribed within 48 hours of admission.
The review of patient records revealed that:
Some 40 million patients are discharged from the hospital in the U.S. each year, and roughly one in five patients who develop hospital-acquired pneumonia die as a result.
Assuming that 50% of hospitalized patients are prescribed acid-suppressing drugs, Herzig and colleagues estimate that 180,000 cases of hospital-acquired pneumonia and 33,000 deaths each year may be due to their use.
The researchers conclude that the routine use of acid-suppressing drugs in non-ventilated, non ICU-treated patients with a low risk for developing stress ulcers should be re-examined.
Acid-Reducing Drugs and Pneumonia
There are several theories about how acid-reducing drugs might make patients more vulnerable to pneumonia.
By reducing the acid load in the stomach, the drugs may promote the growth of different bacteria in the upper gastrointestinal and upper respiratory tract linked to pneumonia.
Or they may promote pneumonia by suppressing coughing, Herzig explains. Coughing is a frequent symptom of acid reflux and it also helps clear the lungs, which reduces pneumonia risk.
Pulmonary and critical care specialist J. Randall Curtis, MD, tells WebMD that the finding are compelling but the study does not prove a link between use of proton pump inhibitors and other acid-reducing drugs and pneumonia.
Curtis is president of the American Thoracic Society and a professor in the division of pulmonary and critical care medicine at the University of Washington. "While I would argue that the study is not conclusive, I would also say that it is a wake-up call to hospital-based physicians to really look at situations in which these medications are prescribed and ask themselves if they are, in fact, indicated."
Herzig adds that the pneumonia risk to hospitalized and non-hospitalized people who have clear indications for taking acid-suppressing drugs is minimal.
"Patients who are taking these medications for symptoms such as frequent heartburn or ulcers should not stop taking them," she says. "The risk to these patients is very small."
View Article Sources
SOURCES:
Herzig, S.J. The Journal of the American Medical Association, May 27, 2009; vol 301: pp 2120-2128
Shoshana J. Herzig, MD, instructor in medicine, Harvard Medical School, Boston.
J. Randall Curtis, MD, president, American Thoracic Society; professor of medicine, division of pulmonary and critical care medicine, University of Washington; head of pulmonary and critical care unit, Harborview Medical Center, Seattle.
© 2009 WebMD, LLC. All rights reserved