Proton-pump inhibitors and risk of fractures: an update meta-analysis 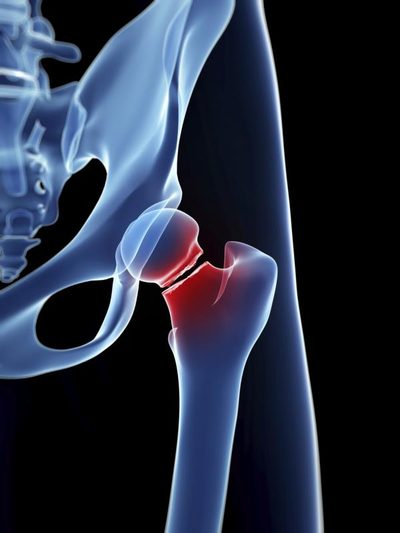 To identify the relationship between proton-pump inhibitors (PPIs) and the risk of fracture, we conducted an update meta-analysis of observational studies. Results showed that PPI use was associated with a modestly increased risk of hip, spine, and any-site fracture.
IntroductionMany studies have investigated the association of proton-pump inhibitors (PPIs) with fracture risk, but the results have been inconsistent. To evaluate this question, we performed a meta-analysis of relevant observational studies.
MethodsA systematic literature search up to February 2015 was performed in PubMed. We combined relative risks (RRs) for fractures using random-effects models and conducted subgroup and stratified analyses.
ResultsEighteen studies involving a total of 244,109 fracture cases were included in this meta-analysis. Pooled analysis showed that PPI use could moderately increase the risk of hip fracture [RR = 1.26, 95 % confidence intervals (CIs) 1.16–1.36]. There was statistically significant heterogeneity among studies (p < 0.001; I 2 = 71.9 %). After limiting to cohort studies, there was also a moderate increase in hip fracture risk without evidence of study heterogeneity. Pooling revealed that short-term use (<1 year) and longer use (>1 year) were similarly associated with increased risk of hip fracture. Furthermore, a moderately increased risk of spine (RR = 1.58, 95 % CI 1.38–1.82) and any-site fracture (RR = 1.33, 95 % CI 1.15–1.54) was also found among PPI users.
ConclusionIn this update meta-analysis of observational studies, PPI use modestly increased the risk of hip, spine, and any-site fracture, but no evidence of duration effect in subgroup analysis.

Acid Reflux Drugs May Up Fractures


PPIs and Osteoporosis FracturesThe study included 63,000 adults aged 50 and older in Manitoba, Canada, including nearly 15,300 who sustained an osteoporosis-related fracture of the hip, spine, or wrist from 1996 to 2004.
The researchers -- who included the University of Manitoba's Laura Targownik, MD, MSHS -- checked participants' prescription records.
People who suffered an osteoporosis-related fracture were almost twice as likely to have used a PPI for at least seven years. Using PPIs for six or fewer years wasn't linked to fracture risk.
Hip fracture risk may have started earlier. People with hip fractures were 62% more likely to have used a PPI for at least five years. Briefer use of PPIs wasn't associated with hip fracture risk.
It's not clear how PPIs might increase fracture risk, but it may be that by inhibiting stomach acid, PPIs speed up bone mineral loss, Targownik's team speculates. But the study doesn't prove that.
The researchers considered many factors, including participants' otherprescriptions, medical history, and income. Still, they can't rule out the possibility that they missed other influences.

Benefits of PPIs vs. Risks
That association "is certainly a strong basis for encouraging further investigation," write the editorialists, who included J. Brent Richards, MD, of Canada's McGill University.
What are patients to do in the meantime? Talk to their doctors, the editorialists suggest.
"Certainly, at one extreme, such as in patients with bleeding ulcers, the beneficial effects may far outweigh the risks associated with fractures," the editorial states. "At the other extreme, liberal prescription of proton pump inhibitors for nebulous disorders for extended periods of time is likely worth revisiting."


Drugmakers RespondTargownik's study doesn't specify which PPIs the patients took. So WebMD contacted the makers of all prescription brand-name PPIs in the U.S. -- Aciphex, Nexium, Prevacid, Prilosec, and Protonix -- for their feedback on the study.
The drug company AstraZeneca makes Nexium. "AstraZeneca does not agree with the conclusion of the CMAJ study," states AstraZeneca spokeswoman Corey Windett in an email to WebMD. She says Nexium's safety and efficacy have been "consistently demonstrated." Windett says AstraZeneca also notes the study's limits and agrees with the editorialists that further research is needed and that patients and doctors should "weigh the proven benefits of these medications against any potential risks." Patients should talk to their doctors if they have concerns about bone health while taking Nexium or any other PPI, says Windett.
Judee Shuler, senior director of corporate communications for Eisai Inc., which makes Aciphex, states that the Canadian results "warrant further study, as these fractures are important medical issues that can occur for a variety of reasons. Our clinical trial data have not shown an increased risk of osteoporosis-related fractures in patients taking [Aciphex] tablets, nor have our post-marketing data suggested such an association, but we will continue to monitor our adverse event database."
The other PPI drugmakers didn't respond before deadline.
WebMD also contacted the Pharmaceutical Research and Manufacturers of America (PhRMA), which declined to comment on the study.