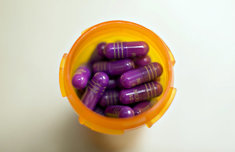 ​Proton pump inhibitors (PPIs) like Prilosec and Nexium have already been linked to a number of health problems, including chronic kidney disease (CKD), bone fractures, and dependency.
Now, according to a new study, they may also lead to complications in patients with heart disease. The study was published June 2016 in the scientific journal, International Journal of Cardiology.
Study Shows PPIs Worsen Profiles for Patients with Cardiovascular DiseaseFor the study, researchers observed over 600 patients with heart disease. About half had been using PPIs after cardiovascular treatment. These included drugs like Prevacid, Nexium, and Prilosec, all taken as part of the therapy the patients were going through. Those who were dealing with atrial fibrillation were more likely to be using the drugs than others.
Results showed that those patients taking PPIs were six times more likely to suffer from anemia—a deficiency of red blood cells—than those who didn’t take the drugs. The use of the drugs was also associated with a worsening metabolic profile—a broad screening that evaluates blood sugar and cholesterol levels, electrolyte and fluid balances, kidney function and liver function. The researchers believed that this result could be partially to blame on the decreased use in this group of ACE-inhibitors (which reduce blood pressure) and statins (which reduce blood cholesterol).
In conclusion, the researchers stated that prolonged use of PPIs in these patients was linked with worsening of red blood count indexes, lower weight and underutilization of cardioprotective drugs (like statins and blood pressure drugs).
Study Shows PPIs Accelerate Vascular AgingThere has been concern in the past that PPIs may be connected with poor cardiovascular outcomes. In 2015, for example, two studies appearing in PLoS One reported that PPIs could actually increase risk of heart attack by 21 percent, and that those who had a heart attack while taking the drugs were two times more likely to die.
According to a Medical News Today report on the study, “Proton pump inhibitors (PPIs) appear to have a negative effect on vascular function, thereby increasing the risk for myocardial infarction (MI) in the general public.”
Another study published in May 2016 suggested a possible reason why these drugs may negatively affect vascular function. Researchers found that vascular cells exposed to PPIs for long periods built up cellular garbage in the linings of the cells, accelerating blood vessel aging. The cells exposed to the drugs had a “fried egg” look according to the scientists. Those exposed to an alternative heartburn type of drug, though, called an “H2 blocker,” did not show the same degenerative effect.
“I’m perplexed that the pharmaceutical industry didn’t run across this first,” senior study author John P. Cooke told Fox News. “This is something that should have been apparent a long time ago and should have been investigated.”
Researchers concluded that patients and doctors should think twice before using these drugs long-term. Currently, the FDA suggests only short-term use for stomach ulcers and gastroesophageal reflux disease (GERD).
The Pharmaceutical Journal states that some 113 million prescriptions are dispensed worldwide for these rugs each year, and that about 21 million in the U.S. used one or more of them in 2009.

Comment:
Once again we didn't need lawyers to tell us how bad  heartburn drugs are.  Unless that lawyer was Dr. Eisenstein.
Powered by