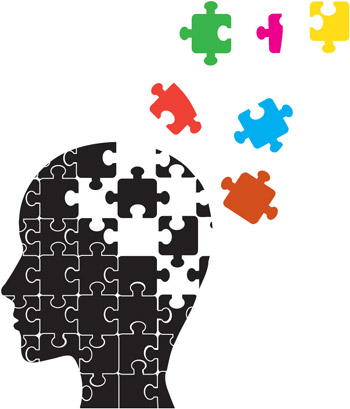 02/2018
The Pharmaceutical Journal18 FEB 2016By Debbie Andalo
Older people treated with proton pump inhibitors (PPIs), which are typically used for gastroesophageal reflux disease and peptic ulcers, may be at increased risk of developing dementia, according to the results of a German study published in the Journal of American Medical Association Neurology[1] on 15 February 2016.
The study involved tracking the neuropsychological health and medical history of 73,679 patients between 2004 and 2011, who were aged 75 or over. All patients were all free from dementia at the start of the study.
Researchers discovered that the patients who used PPIs regularly — at least one prescription per quarter in an 18-month period – had a 44% higher risk of developing dementia (hazard ratio [HR], 1.44 [95% confidence interval [CI], 1.36–1.52]; P<0.001), than patients not prescribed PPIs.
The occurrence of incident dementia with PPIs was slightly higher in male patients (HR, 1.52 [95% CI, 1.33–1.74]) rather than female patients (HR, 1.42 [95% CI, 1.33–1.51]).
Other factors which increased dementia risk were: depression (HR, 1.28 [95% CI, 1.24–1.32]) and stroke (HR, 1.37 [95% CI, 1.29–1.46). Age per year also had a “considerable effect” on risk of dementia (HR, 1.083 [95% CI, 1.081–1.085])
“The avoidance of PPI medication may prevent the development of dementia,” the researchers say. “This finding is supported by recent pharmacoepidemiological analyses on primary data and is in line with mouse models in which the use of PPIs increased the levels of β-amyloid in the brains of mice. Randomised, prospective clinical trials are needed to examine this connection in more detail.”
But they add: “The present study can only provide a statistical association between PPI use and risk of dementia. The possible underlying causal biological mechanism has to be explored in future studies.”
Commenting on the study, James Pickett, head of research at the Alzheimer’s Society, says: “A growing body of evidence now suggests that some medications may be linked to slightly increased risk of dementia. This research adds to that list proton pump inhibitors, which are a very common type of medicine taken by older people for heartburn or peptic ulcers.”
However, he says heavy users of PPIs tend to be in poorer health anyway, with a higher risk of having diabetes and heart disease — both of which are risk factors for dementia. “It is, therefore, very difficult to look at these risk factors based on health records alone and determine how they influence the risk of dementia.”
Pickett says further research is needed to determine the cause and effect of PPIs and dementia: “While some medications may have a small part to play in the development of dementia, there is a lot a person can do to reduce their risk of developing the condition, such as following a balanced diet, exercising regularly and managing vascular risk factors such as blood pressure and diabetes.”
References:[1]Gomm W, von Holt K, Thomé F et al. Association of proton pump inhibitors with risk of dementia: A pharmacoepidemiological claims data analysis. JAMA Neurology 2016. doi: 10.1001/jamaneurol.2015.4791
Citation: The Pharmaceutical Journal, Vol 296, No 7887, online | DOI: 10.1211/PJ.2016.20200725