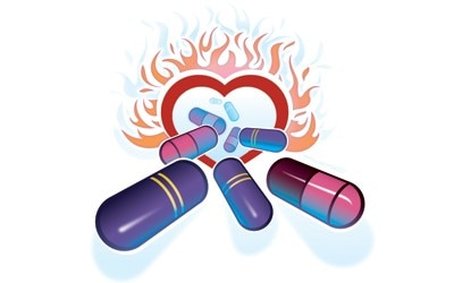 Researchers at University College London, Ninewells Hospital, and other institutions conducted a population-based study involving 188,323 patients exposed to ASMs and 376,646 controls in Tayside (Scotland) between 1999 and 2013. The main outcome measure was a positive stool test for C. difficile, Campylobacter, Salmonella, Shigella, or E. coli O157.

The results included 22,705 positive test results - 15,273 for C. difficile, 6,590 for Campylobacter, 852 for Salmonella, 129 for Shigella, and 193 for E. coli O157; the results were not mutually exclusive. When compared with individuals in the community who did not take ASMs, those who did had a 1.7 to 3.7-times increased risks of C. difficile and Campylobacter gastrointestinal infections. Among hospitalized patients, those using the medications had 1.4-times to 4.5-times increased risks, respectively. The study was published on January 5, 2017, in the British Journal of Clinical Pharmacology.

“Although acid suppression therapy is often considered relatively free from side effects, the findings suggest that there are significant adverse gastrointestinal consequences of their use,” said senior author Professor Thomas MacDonald, PhD, of the NineWells medicines monitoring unit. “Users of these medications should be particularly vigilant about food hygiene, as the removal of stomach acid makes them more easily infected with agents such as Campylobacter, which is commonly found on poultry.”

Two groups of acid-suppressing medicines are available. A PPI is usually used first, as they tend to work better than H2 blockers. The aim of these drugs, however, is to be used for a month or so in order to settle acute symptoms. After this, it is common to reduce the dose to the lowest amount that prevents symptoms. PPIs include omeprazole, lansoprazole, pantoprazole, rabeprazole, and esomeprazole. H2 blockers include cimetidine, famotidine, nizatidine, and ranitidine.
Powered by